It was a lovely surprise to see that someone new has given my book a review on Amazon. It was doubly surprising that the reviewer compared my work to Ursula Le Guin’s–for a fantasy writer, that’s like having your guitar solo likened to Jimmy Page’s work.

And triply surprising was that this review came from someone I don’t know personally. I’ve gotten several sweet and glowing reviews from friends and family who have read Stranger Bird, but it’s a different kind of cool feeling to get a review from someone who has no friendship with me to maintain. (I consider her a friend anyway).

When I set out to self-publish Stranger Bird, I hoped out loud on this blog that I would find 100 readers for the book. A number of people–represented most vociferously by my wife–found that a preposterous and too-modest goal. I always answered that I like goals that I have some reasonable hope of meeting. What I didn’t consider when I made my rash pronouncement, however, is that it’s a lot easier for me to know how many books I’ve sold or given away than it is to know how many people have actually read the book.

I do know that I’ve moved 100 books into people’s hands. More than 100, actually. I feel increasingly optimistic that 100 people will, sooner or later, read Stranger Bird. But even sweeter than knowing how many copies are out there is that someone I don’t know at all has read the book and liked it.

A couple of months ago, in a flash of youthful optimism, I predicted that I would be able to publish my first book, Stranger Bird, while posting regular musings and ponderation to this blog. Ah, how naïve I was at the tender age of 46…

Today, the grizzled 47 year-old me realizes what a fool’s errand it was to try and publish a book “in my spare time.” Luckily, I had fantastic people–Erica Thomas, Lauren Moran, Jeff Simmons, Gracetopher Kirk–who did practically all the publishing work for me. But even with their heroic efforts, I found that publishing Stranger Bird sucked up all of my blogging time and more.

Now I am back at The Subway Test at last.  I’ll be making a plug for the book from time to time (like now, for instance: Stranger Bird is available here on Amazon and already has a couple of sweet positive reviews! The Kindle version is coming soon!)–but my hope is to return to the musing and the pondering about the topics that have always motivated The Subway Test: science fiction, fantasy, civil society, SETI, the republic’s Trumpist infection, AI, ecology, and mythic themes in children’s cartoons. See you again soon! 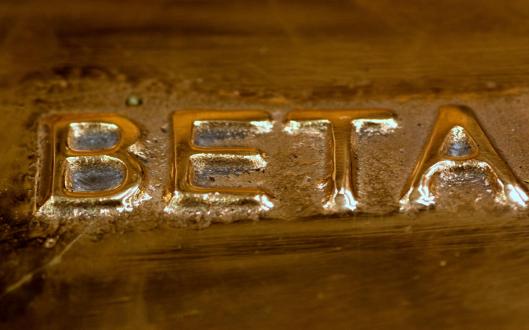 If you’ve spent much time at TheSubwayTest, you know that I have a novel coming out this year. And as I’ve learned recently in my mystical journey into novel publishing, finding readers for your first novel is an adventure in self-promotion. With that in mind, I’d love to find some beta readers for the book here in the forest of fantasy & science fiction blogolalia.

If you like fantasy, if you like young adult lit, or if you just like me, I’d love to send you a pre-publication draft of the manuscript. Young adult and tween readers are especially welcome, though I would like to find a few adult adult readers (i.e. old adults) as well. What’s Stranger Bird about? Well, without giving away too much, it’s the story of a young misfit who is summoned to the service of a great and distant emperor. On his journey, the boy is awakened to his own gift, the talent for understanding the speech of animals, and he comes into contact with many who would use his abilities for their own ends. Yet after arduous travel, the boy arrives at the capital and the emperor’s palace, only to find that the land is held together by a dark secret. How the boy navigates this secret marks his passage from the powerlessness of childhood to adult realization, to the knowledge that, of all creatures, only people can choose what they become. As I say elsewhere on this blog, “The book is an homage to the fantasy authors of [my] youth—Ursula Le Guin, Richard Adams, Lloyd Alexander—and a nostalgic look back at the dark and mythical tales of an earlier generation.”

What’s in it for you, you may well ask? Precious little, but maybe something of value to some of you: your name in the Acknowledgments section of the book, an opportunity to influence the development of this story, a chance to see Stranger Bird before anyone else does.

If you’re interested, you can give me your name and email address by clicking on this link. I will send a draft copy of Stranger Bird to up to 20 people that volunteer. The file is an MS-Word file–feel free to append comments or turn on “Track Changes” to make your suggestions.

Some of you know that I’m a community college English teacher and an old school grammarian–don’t let that scare you away from telling me about things in the book that aren’t working for you grammatically, syntactically, punctuationally, characterologically, or otherwisely. It’s impossible (for me, anyway) to write an 85,000 word story without making some mistakes. My editor, the estimable Ann Eames, has already found a lot of them. But she and I both know there are more.

Some years ago I wrote a young adult fantasy novel called Stranger Bird. That book was my attempt to recreate for my young daughters some of the feeling I had reading fantasy literature as a boy.

I hope and believe I have accomplished that much. But whatever other hopes I nursed for Stranger Bird–publication, a wider readership, a little money–have been a fool’s errand: after the coming of Harry Potter and the Harry Potter Industrial Complex (HPIC), YA fantasy thoroughly changed (mostly, though not in every way, for the better). I wrote Stranger Bird to harken back to an older style of fantasy, more mythical, perhaps a little darker: the Earthsea books of Ursula K LeGuin, Richard Adams’ Watership Down and Shardik, the Prydain series of Lloyd Alexander.

For whatever reason, I haven’t been able to find a publisher for a book like that today. Maybe Stranger Bird just isn’t very good. However, I have several indications that the book hasn’t been rejected on the basis of its lack of literary quality. A couple of times the manuscript got to the desk of the head editor of the house, and one small house did in fact offer to publish it if I would change the style of the book (the changes were a bit much for me, so I declined). I’ve gotten some good external validation of my other work, stories that I consider no better than Stranger Bird: 15 of my stories have been picked up for publication;  my work has been anthologized five times; I’ve picked up nice reviews in Locus and SFRevu and elsewhere.

It’s even fair to say that I started writing fantasy and science fiction short stories to try and gin up a name for myself that would attract the attention of an agent for Stranger Bird–the big publishing houses won’t look at anything not represented by an agent (I was late learning that it’s generally harder to find an agent than a publisher). And yet, after trying with seven publishing houses and 23 agents, I’ve not been able to sell Stranger Bird on my own terms.

I realize now that I’ve been too snooty, and too squeamish, about self-publishing.

I don’t know yet what I will call my imprint. And I know I have a lot to learn about the business end of publishing–that’s a side of things I have little talent for and almost no experience with.

But I’m committed. A couple of weeks ago I turned in my bio for my next story publication (a John Demetrius story called “Proteus,” appearing in Analog soon), and at the bottom of the bio I added a line I’ve never used before: his YA fantasy novel Stranger Bird will be appearing this year. It felt good, and it felt scary, to add that line. Keep watching this space; I’ve crossed a tiny, imaginary Rubicon.